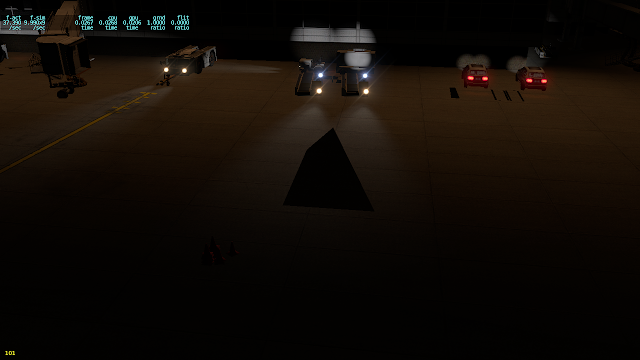 It did not work! The problem is: since our view is a frustum, the side planes of the view volume cross at the camera location; thus if we are inside our light volume, the part behind us will be culled out despite depth clamp. This wasn't a problem for stencil volumes because they do the actual drawing off the back of the volume, and the front is just for optimization.
Posted by Benjamin Supnik at 8:53 PM