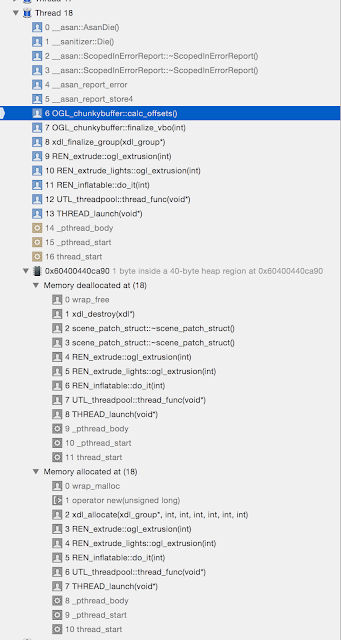 Suffice it to say, ASAN's view of this is about the best  you can hope for in this kind of scribble situation.
Posted by Benjamin Supnik at 7:04 PM